What Does Dementia Mean to the Average Person?

Dementia is a general decline in cognitive ability severe enough to interfere with daily life. Memory loss is one example. Dementia is not a specific disease. Dementia is a term that describes a wide range of symptoms associated with a decline in memory and other thinking skills severe enough to reduce a person’s ability to perform everyday activities. People with dementia often have problems with short-term memory recall, keeping track of a wallet or other possessions, paying bills, planning and preparing meals, remembering appointments or traveling out of the neighborhood. Dementia is progressive, as symptoms start out slowly and gradually get worse. As Dementia progresses, individuals notice increased memory loss, mental decline, confusion especially in the evening hours, disorientation, inability to speak or understand language, making things up, mental confusion, or inability to recognize common things.

What Does Dementia Mean to Those of Us Who See it Every Day? 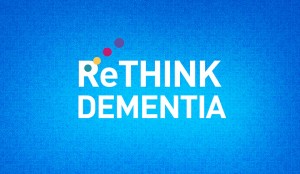 Although the above examples of dementia symptoms are true, and do indeed interfere with a person’s everyday life, they are not a full picture of dementia symptoms. When dementia steals memory, language, thinking and reasoning, these new deficits are referred to as “cognitive deficits” of the disease. The term “behavioral and psychiatric symptoms” describes a large group of additional, and in my opinion most devastating, symptoms that occur to at least some degree in many individuals with dementia. In early stages of dementia, many experience personality changes such as irritability, apathy, anxiety or depression. In later stages, many experience sleep disturbances, mixing up their days and nights, agitation such as physical or verbal outbursts, combativeness, combativeness while getting care, refusal to get care, general emotional distress, restlessness, continuous pacing, shredding paper or tissues, yelling for no apparent reasons, delusions, paranoia, misperceptions, or hallucinations.

Linda is 87 in the moderate stage of dementia. She retired as a Vice President of a company. Her family told me that she was known for her business acumen and immaculate appearance. Her outfits were always perfectly put together, her makeup and hair flawless. Today, due to the dementia, it is a struggle to get Linda to take a shower, comb her hair, or get any grooming what so ever. She refuses to wear makeup and will very rarely agree to get her hair done. She refuses manicures and pedicures that she used to get weekly for over 40 years.  It is extremely painful for her family to watch Linda, who was always so well put together, now refuse to get her hair done, and be combative when any grooming is attempted.  Unfortunately, this type of a personality change is common to those with dementia.  Dementia has stripped Linda of her desire to look nice and be well groomed. In a year’s time, dementia has changed grooming habits Linda had for over 40 years.

Lynn is 84 in the moderate stage of dementia. She worked as party planner before she retired. She was always very social and the life of the party. Lynn remained social into the mild stages of dementia. During the tail end of the mild stage, Lynn was still social, however when she would be around others they would ask her questions about her family and herself that she had trouble answering due to her dementia. Each time Lynn was not able to answer a question, she would leave the social or the event immediately. Shortly after, Lynn refused to participate in any of the hobbies and socials she enjoyed her whole life. This is another common example of dementia changing a person’s personality, and converting a social butterfly into a reclusive butterfly. 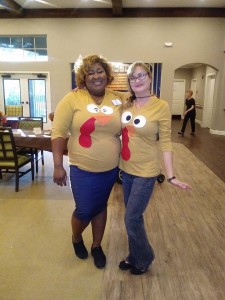 Lynn was reclusive and isolated for several months. Finally, her family decided to move her to the Orchard at Tucker, a community that specializes in cognitive care and engagement for those with cognitive deficits. Lynn’s family provided the Orchard with a detailed profile as well as her history and the Orchard engagement team came up with a detailed plan to combat Lynn’s new reclusive personality. The engagement team took all the information they were given, and they were able to create an Enabling Environment for Lynn. To learn more about enabling an environment see http://stage-osl.daveminotti.com/creating-an-enabling-environment-is-key-to-providing-dementia-care/)

With the creation of a new enabling environment, Lynn slowly started to participate in some activities. Although the Orchard engagement team did several things to modify her environment, one such modification was surrounding Lynn with other residents that were on her cognitive level. They also made sure that all team members were aware of Lynn’s history and her strong desire to mask her dementia.  When everyone was aware of Lynn’s dementia, and the other resident around her also had dementia, no one asked Lynn any difficult questions, and her dementia never stood out to others. This one environmental change alone led to Lynn participating in activities daily, although never to the extent she used to participate prior to the dementia. Environmental modifications are very helpful, but they can never make up for all the damage caused by dementia. In Lynn’s case, her personality change could have been minimized if an enabling environment was created sooner. I believe Lynn’s personality change was so significant, so quickly, at least in part due to Lynn losing her self-esteem by not being able to answer the questions asked, and her struggle to hide her dementia from those that were noticing. This is a prime example of a personality change that dementia caused, that could have been lessened by an earlier intervention.

I have spoken with so many loved ones of those with dementia, and they have all agreed, that the behavioral changes caused by Dementia that are hardest on their loved one, as well as the entire family. Losing your memory is nothing compared to becoming a different person.  Also, it is the behavioral changes caused by dementia that impact one’s life, much more negatively than memory loss. It is much easier to compensate for a person’s memory loss than to compensate for extreme anxiety, paranoia, combativeness, or refusal to get care. These behavior symptoms are rarely talked about. When you ask the average person what dementia means, they will say dementia causes memory loss. Most people do not realize how many other terribly negative symptoms are caused by dementia. They don’t realize that if dementia just caused memory loss, most people with dementia would have a much better quality of life. Most people don’t understand the devastation dementia causes. Dementia causes comprehensive memory loss, not just memory loss of what happened yesterday, or what time it is, but in many cases the loss of one’s personality. Very rarely are the personality changes positive. Almost always these behavioral personality changes negatively impact a person’s quality of life.  These changes often create a completely different person, often unrecognizable to friends and family. As dementia progresses, these changes happen quickly and become more and more noticeable.  It is important to understand that they are still the same person inside. They have not changed on the inside, the way they now communicate with the outside world has changed. Dementia causes a person to have a battle, both internal and external, a battle for who they were, and how they were ones perceived.