Why is our brain so important?

The brain is the most important organ in the human body. It controls and coordinates actions and reactions, allows us to think and feel, and enables us to have memories and feelings.  Furthermore the brain runs everything. It is the guiding, maintenance, and managing system for hundreds of a human beings needed abilities.

When does dementia occur? The quick answer…

The brain can be divided into different parts: the brain stem and cerebellum, the limbic system, and the cerebral hemispheres.  Each part has different functions.

The brain stem is at the base of the brain. It controls basic bodily functions such as heartbeat and breathing. The cerebellum
controls balance and posture. Breathing and staying upright are things that we normally do automatically. 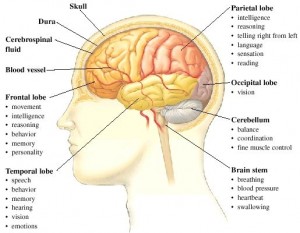 es referred to as our “primal brain” and manages many of our survival reflexes. It includes the amygdala which is in charge of the “flight, fright, fight response.

The tissue that makes up three-quarters of the brain is called the cerebrum. It is responsible for consciousness, memory, reasoning, language and social skills. A deep groove that runs from the front to the back of the cerebrum divides it into left and right halves: the two cerebral hemispheres.
The left and right cerebral hemispheres have different functions. For example, language is usually dealt with mainly by the left hemisphere. In contrast, awareness of where things are around us is usually dealt with mainly by the right hemisphere.

The four lobes are: occipital, temporal, parietal and frontal lobes. Each lobe does different things, though they also work closely together.The lobes are responsible for our senses. There are 5 ways human beings take in information (data) about the world through their nervous system.. What 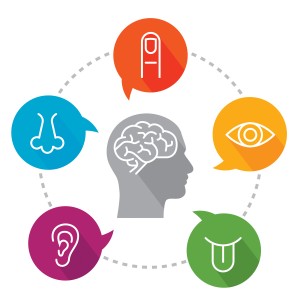 The lobes are some of the first areas effected by Dementia..

Dementia diseases often impact abilities in the occipital lobe of the brain which affect a person’s visual field.  Dementia commonly affect the temporal lobes asymmetrically; typically attacking left temporal lobes before the right. This means more loss in language stored on the left, and more preserved skills for much longer. In dementia, different forms of damage to the lobes in the brain can cause someone to become either over-emotional or lacking in feelings. This is one of the reasons that a person with dementia exhibits changes in behavior along with memory loss. Sometimes the changes in behavior may be more pronounced than the memory loss. In these cases, many times dementia gets misdiagnosed since common thinking is, that dementia causes just memory loss.

What is the biggest misconception about the dementia brain  and those with dementia?

Emotional memory is stored in the hippocampal area and is commonly a  preserved skill.  Persons living with dementia may not remember the details of what happened, but will almost always remember how an experience made them feel. Traditional thinking is if someone does not remember what they did specifically shortly after they did it, their day has less relevance, their life should be less purposeful. This is the biggest misconception in traditional dementia care. Those with dementia may get to a point that they don’t remember going to a great concert the next day, or helping to bake and delivering cookies to a police department, but they remember till almost the very end how much they enjoyed the concert, and how good they felt delivering those cookies over to those officers.

Orchard Senior Living is determined to bring a new type of dementia care to those inflicted with dementia. It is an engagement focused cognitive care model, where we focus on activities that will be stored in our residents’ emotional memories which they will have with them till they take their last breath. 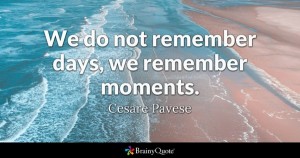 Caring Tips for Sundowners Syndrome
5 Healthy Hobbies for Seniors
HallwayLess Assisted Living Now Available in the greater Tucker, Decatur, Smokerise Area
Shaquille O'Neal at The Orchard of Tucker Assisted Living and Memory Care
Can You Design a One Stop Shop Assisted Living Building?
Proper Hydration Care is Essential in Dementia Care
The Subtle Signs of Swallowing Problems for Those with Dementia and Other Diseases
Nutrition Assessment is a Part of Dementia & Alzheimer's Care
Preference Centered Therapeutic Diets in Dementia & Alzheimer’s ... Elevated Emotions Even Without Memory while Living with Dementia Scroll to top